Thank you, Saudi Arabia! For Making it Possible to Implement a Carbon Tax to Reduce Greenhouse Gas Emissions

On Monday, December 7, 2015, governments and companies were lamenting the lowest price of oil in 6 years (US$37.50/barrel of West Texas Intermediate) when Saudi Arabia chose not to cut its oil production due to a lack of agreement by OPEC members. Experts are now speculating that the price of oil will drop further to below $30/barrel when Iran, a significant oil producer, has full market access. 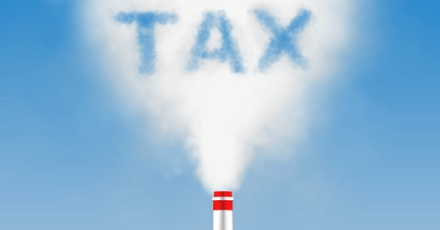 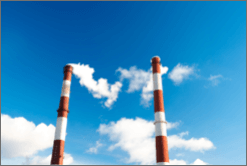 On Monday, December 7, 2015, governments and companies were lamenting the lowest price of oil in 6 years (US$37.50/barrel of West Texas Intermediate) when Saudi Arabia chose not to cut its oil production due to a lack of agreement by OPEC members. Experts are now speculating that the price of oil will drop further to below $30/barrel when Iran, a significant oil producer, has full market access.

This is good news. The Saudis are giving world leaders from COP21 the opportunity to implement their greenhouse gas (GHG) emissions commitments back home. Adding a carbon tax on gasoline at this time will hardly upset drivers who are enjoying the low price of oil at the pump. The political backlash will be minimal. This is truly an ideal solution to establish on a global scale the parameters for moving away from a carbon economy.

Take a look at the province of British Columbia (BC) as a model. BC has experienced real economic and environmental successes since 2008, when it implemented its Carbon Tax by means of carbon emissions cap-and-trade. It covers most types of fuel use and carbon emissions. The tax started out low ($10/tonne of carbon dioxide) and gradually increased to the current $30/tonne. This works out to about CAD$0.07/litre ($0.27/gallon) of gasoline at the pump. What makes the Carbon Tax so beneficial is that, by law, the Carbon Tax is “revenue neutral.” This means the provincial government is required by law to cut equivalent taxes elsewhere. In six years, BC has cut $760 million from income and other taxes to offset the amount of revenue collected from the carbon tax! It is transparent. The Carbon Tax sets the stage for carbon cap-and-trade.

As a result, B.C. now has the lowest personal income tax rate in Canada, and one of the lowest corporate rates in North America. This is good for businesses and jobs! It’s good for the economy.

The Carbon Tax has been extraordinarily effective at reducing B.C.’s carbon emissions, too, by 16% in 6 years. This is above and beyond Canada’s Kyoto target of 6% reduction in 20 years! In other words, once the government committed to reducing GHG emissions, the reduction was far greater than initially calculated. There are several reasons why.

By implementing the Carbon Tax, the provincial government impacted municipal governments to act in line with this commitment. Municipalities like Vancouver started to build new infrastructure for bicycles and public transit. They encouraged electric vehicles by promoting charging stations to be included in new offices and condominiums, and retrofitting older buildings. They effectively reduced the number of cars on the road by encouraging new buildings to accommodate car sharing. Vancouver, as a city, benefitted by being voted several times as one of the most desirable cities in the world. BC’s healthy lifestyle also translates into lower health costs for companies and governments. The ripple effect on the economy is hugely beneficial, and far greater than initially envisioned when the Carbon Tax was implemented in 2008. The government’s commitment to reducing its carbon emissions created a cultural shift.

As the world leaders return home from COP21, they should be empowered by their commitment to transform their countries towards a greener, healthier economy. Transparency and full cost accounting ensures the benefits of shifting away from a carbon economy, through the carbon tax, will benefit more citizens as they adopt the cultural shift to conserve energy.