In 2018, California experienced some of the largest wildfires in its history. The Mendocino Complex Fire, the biggest of several devastating fires that struck the state this summer, scorched more than 459,000 acres and continued burning for over a month. 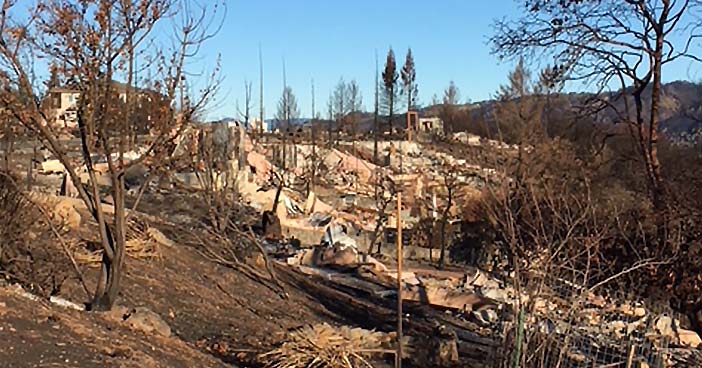 In 2018, California experienced some of the largest wildfires in its history. The Mendocino Complex Fire, the biggest of several devastating fires that struck the state this summer, scorched more than 459,000 acres and continued burning for over a month. Similarly disastrous wildfires have sprung up across the globe in 2018, including in Canada, Greece, and Australia.

The evidence is clear that climate change is altering the frequency and extent of wildfires worldwide, and changing the nature of the impacts they are having on communities. In a warmer world, wildfires are becoming larger, harder to control, more destructive, and more economically impactful.

Studies by the Union of Concerned Scientists (UCS) have shown that every state in the Western US has experienced an increase in annual large wildfires in recent decades. The UCS and other scientific authorities are finding causal links between this increase and climate change. According to the Environmental Protection Agency (EPA), “Without global GHG mitigation efforts, climate change is projected to dramatically increase the area burned by wildfires across most of the contiguous US, especially in the West.” By the end of the century, the EPA predicts that over 5.3 million more acres will burn each year than do at present–an area larger than the state of Massachusetts.

The Yale School of Forestry and Environmental Studies has also identified concerning increases in the length of the fire weather season. Globally, they found, the season increased by almost 19 percent over a recent 35-year period, a change they attribute to “longer seasons of warm, dry weather in one-quarter of the planet’s forests”. Forests in the northern hemisphere’s Boreal regions–Canada, Russia, Scandinavia, and Alaska—are most at risk.

Wildfires in California have had a destructive impact on communities both in proximity and at a distance. Uncontrollable fires often cause adverse health effects, destroy lives and homes, and uproot entire communities. The unusually active fire seasons of 2017 and 2018 have also had serious economic implications, at both the local and state level.

Health
In 2017, wildfires directly resulted in at least 46 fatalities in California, and the non-lethal health impacts of fires can be even more far-reaching and widespread. According to the US Climate & Health Alliance, fires can affect populations thousands of miles away through smoke inhalation. The health consequences of the particulate matter (PM) emitted by artificial sources such as vehicles are well-reported; it is less well known that wildland fires account for 40% of the total PM emitted in the United States. PM exposure has been linked to a wide range of health impacts, from eye pain and shortness of breath, to asthma-related hospitalizations and even premature death.

Fires can also create major health crises by forcing the closure of hospitals and healthcare sites. Northern California wildfires in the fall of 2017 created “an unprecedented health crisis” in the region, forcing the evacuation of two major hospitals and many smaller clinics. Patients were left without access to medical care and equipment, while many doctors and nurses lost their homes.

Displacement
The same fires in October 2017 displaced tens of thousands from their homes around Santa Rosa in Sonoma County. The effects of these devastating fires are still felt, as many of those displaced have struggled to rebuild their homes and their lives. Others have chosen not to rebuild, instead opting to sell their fire-ravaged properties with the hope of starting anew. This has raised concerns in the county, which was already facing a housing shortage before the fires. 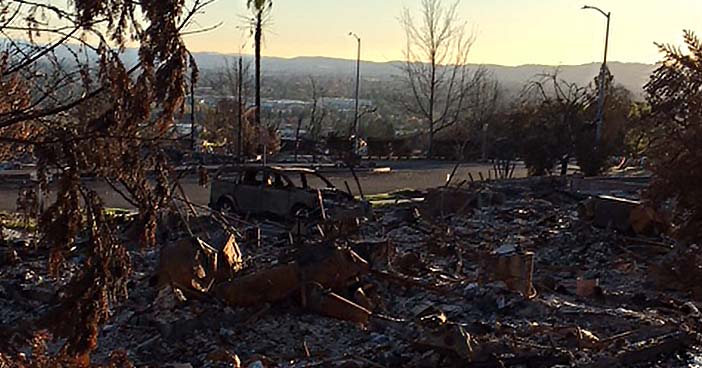 Wildfires destroyed over 1,500 homes and businesses in the North Bay area

Economic impacts
The costs of fire suppression in the US reached a record-breaking $2 billion in 2017. The true cost of these disasters is much higher. A report by the Western Forestry Leadership Coalition concluded that when multiple factors are accounted for—including property loss, post-fire impacts such as flooding and erosion, air and water quality damages, healthcare costs, injuries and fatalities, lost revenues, infrastructure shutdowns, and ecosystem service costs—the real cost of an individual wildfire can be “anywhere from 2 to 30 times greater” than the mere cost of suppression. Exact figures are hard to pin down for such far-reaching impacts; estimates put the economic value of health effects alone in the tens to hundreds of billions of dollars.

Although wildfires are expected to increase in severity over the coming years, there are actions that can be taken to mitigate the risks to life, health, and the economy. To ensure greater resilience to fire disasters, planners and developers must ask crucial questions when considering and developing new projects: How can we plan for fires? Where should we build—and where should we not?

Planning for disaster
One important step to take in building fire resilience into the planning process is incorporating land-use planning and understanding developmental regions. In New Mexico, the local government in Santa Fe created ‘overlay zoning districts’ that apply more stringent standards to very specific, defined zones and supersede existing regulations. Originally intended to protect viewsheds in the escarpment surrounding the city, the introduction of overlay zoning districts has led to the efficient implementation of wildfire risk reduction measures.

In addition to land-use considerations, practical preparedness and evacuation plans should also be developed. Resources like Wildfire Disaster and Emergency Preparedness plans should be kept up to date, particularly as new data emerges and climate change continues to alter environmental conditions and consequently disaster planning efficacy.

Where to build (and where not)
The 2018 wildfires have come startlingly close to populated residential areas. With a growing population, increasing numbers of California residents live in or near high-risk areas. The Wildland-Urban Interface (WUI), the region where houses and wildland vegetation meet, is “among the highest at-risk areas in California when it comes to wildfire”. Despite the apparent risks, these areas are also the fastest-growing land-use type in the US. In fact, California’s WUI grew by almost one thousand square miles between 1990 and 2000, although the value of allowing continued development in WUI areas is being questioned by many. As the risk and severity of wildfires grows every year, the question of where we should build also becomes increasingly important.

Climate change exacerbates fire risk in already susceptible regions, and the impacts of wildfires on residents and local economies are felt worldwide. As we consider the long-term effects of climate change on disasters such as wildfires, we take a step back from California and consider wider global impacts:

With temperatures over the past three years hitting record highs, the effects of wildfires are an increasingly important factor for planners, developers, and residents to acknowledge when considering where to build, how to build, and how human action impacts climate change worldwide.