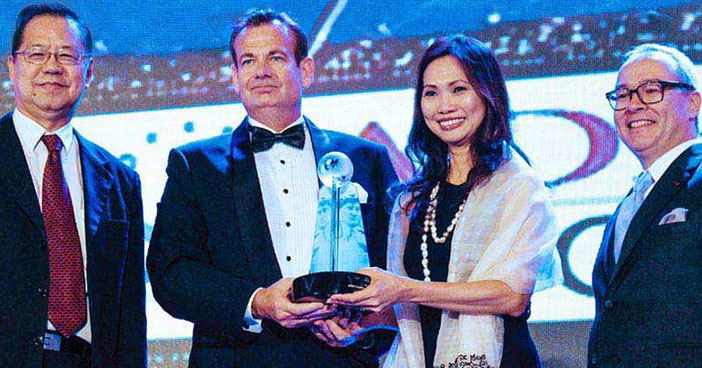 ADEC Innovations' senior management received the Executive Leadership Team of the Year award at the Asia CEO Awards 2013 held at the Solaire Resort and Casino near picturesque Manila Bay on November 14, 2013. The Asia CEO Awards is an annual event that recognizes the outstanding leadership achievements of individuals and organizations in the Philippines.

The Executive Leadership Team of the Year award is given to an executive management team that has achieved important success while overseeing a global business enterprise. The team should have also demonstrated exceptional leadership skills resulting in the growth of shareholder value.

Out of hundreds of entries, ADEC Innovations is also a finalist under the Most Innovative Company of the Year Award category. These accolades are proof and testament that the visionary leadership of Mr. Donovan and the financial expertise of Ms. Esguerra are a winning combination.