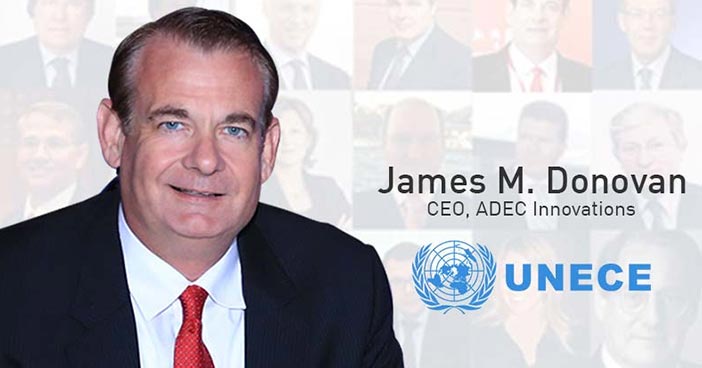 ADEC Innovations CEO James Donovan has accepted an invitation from the United Nations Economic Commission for Europe (UNECE) to become a member of the Business Advisory Board of the International PPP Centre of Excellence (ICoE). The ICoE is UNECE’s initiative, on behalf of the UN System and the other UN regional commissions, to produce international public-private partnership (PPP) standards. The PPP standards aim to guide governments on both the procedures and processes to adopt, as well as on the specific models to implement in various PPP sectors and sub sectors.

"I welcome the opportunity to serve the UNECE in this capacity and to contribute to the implementation and elaboration of international PPP best practices and standards within various governments," said Donovan.

PPP is seen by many governments, especially in developing countries and transition economies, as an effective model in pursuing infrastructure growth and enhanced social services despite their sometimes limited ability to finance critical projects. However, experience has shown that PPPs often encounter many implementation challenges. One of the key barriers is the difficulty of identifying, designing and actually implementing such critical projects. As such, the purpose of the ICoE, through the Board, is to gather and institutionalize standards of best practices that can be applied to PPP implementations worldwide. The Board, representing the private sector, will conduct high-level national and regional consultative meetings with various governments for this purpose.

"The private sector has much to contribute to the work of the ICoE," noted Bach. "In view of your international experience in PPPs, it is my pleasure to invite you to become a member of the UNECE PPP Business Advisory Board."