After the Presidential Election: Carbon Management and Climate Change 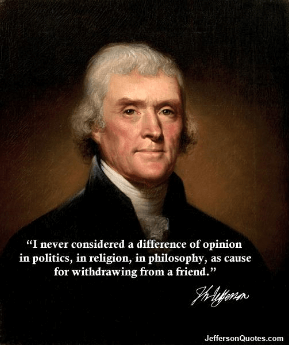 These days, many of us approach the time after a US presidential election with a sigh of relief.  I believe most of us, however, simply request that our government governs, does the work of the people, and ensures our great nation continues to progressively move forward. While learning more about the candidates by listening to the debates, reading their websites for policy specifics, or asking friends and colleagues for their opinions, admittedly, I welcome this week as the official political lawn sign removal day, and simply wish that stickers came off 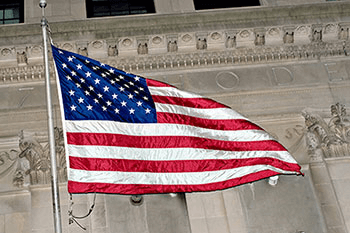 of cars as easily.

And, now we can all look forward to a mailbox full of Christmas advertisements – which seem almost as absurd as some of the political ones, as we see Santa inspecting the latest luxury car before we even get to enjoy a dinner with family and friends at Thanksgiving.

“I have never considered a difference of opinion in politics, in religion, in philosophy, as a cause for withdrawing from a friend.” Thomas Jefferson

This week, half of the United States is celebrating, the other half is not.  But as a country, we must come together.  As Mitt Romney appropriately stated, “At a time like this we can't risk partisan bickering and political posturing. Our leaders have to reach across the aisle to do the people's work, and we citizens also have to rise to occasion.”

So, where does that put climate change?

As Superstorm Sandy reminded us, the weather, which is affected by climate change, is a powerful force.  In less than 14 months, two hurricanes impacted New York City.  As New York City Mayor Michael Bloomberg said, “Our climate is changing. And while the increase in extreme weather we have experienced in New York City and around the world may or may not be the result of it, the risk that it might be…should compel all elected leaders to take immediate action.”

California is less than 2 months away from enacting its effort to stem carbon emissions.  As written in the blog post “The Impact of AB 32 Compliance on Carbon Management in the US” AB 32 is attempting to fill the void in the regulation of carbon dioxide where the U.S. Government had decided not to take action.

So will the next 4 years see some changes in how the federal government manages greenhouse gas emissions to provide a planet better-off for future generations?  While history will reveal the answer over time, according to President Obama, “We want our children to live in an America that isn't burdened by debt, that isn't weakened up by inequality, that isn't threatened by the destructive power of a warming planet.”

The team at FirstCarbon Solutions will continue to closely monitor this space – in California, in the United States and the United Kingdom – as the UK is on track to enact Mandatory Carbon Reporting next year – and around the world as local, state and federal governments decide what’s best for their constituencies in stemming the effects of climate change.

In all cases, FirstCarbon Solutions stays up-to-date on greenhouse gas regulations. In fact, FirstCarbon is the scoring partner for Carbon Disclosure Project’s Supply Chain Program; thus we have a unique perspective on how businesses and governments around the world can improve carbon management and reduce greenhouse gas emissions across their supply chain.

So, just as we close the door on another US presidential election, we may see the door to further federal government regulations on greenhouse gas emissions action open wider.

Did you enjoy this post? The author of this article is Robert Francisco. Learn more about him here.