Several months ago I released a blog covering the findings of FirstCarbon Solutions' (FCS) archaeological staff during a survey of over 1,000 acres in the Poso Creek area northeast of Bakersfield, California. One of the things that impressed me the most about the area was the discovery of many prehistoric sites exhibiting numerous ground bedrock holes and dish-shaped depressions.The bedrock mortar, also known as a BRM, is one of the more common features found at prehistoric sites in California. 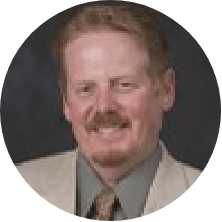 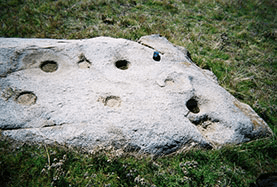 Several months ago I released a blog covering the findings of FirstCarbon Solutions' (FCS) archaeological staff during a survey of over 1,000 acres in the Poso Creek area northeast of Bakersfield, California. One of the things that impressed me the most about the area was the discovery of many prehistoric sites exhibiting numerous ground bedrock holes and dish-shaped depressions. The bedrock mortar, also known as a BRM, is one of the more common features found at prehistoric sites in California.

BRMs are grinding depressions that are typically wider than a human fist, with some going as deep as elbow depth and others as shallow as a small dish.  BRMs remain visible on sites long after artifacts have been washed away. Accordingly, many living tribes in California consider BRMs to be a sacred object that signifies their direct ancestors’ use of an area. In fact, there is an entire state park in Amador County, California, the Indian Grinding Rock State Historical Park, which contains over 1,000 BRMs. The park includes a museum which features a vast collection of Sierra Nevada Indian artifacts. In addition, the museum features a Miwok village containing a ceremonial roundhouse that has been reconstructed in the middle of the small valley.The roundhouse is registered as a California Historical Landmark; its design reflects the architecture of a traditional roundhouse.

Yet, despite their survivability, BRMs cannot be dated nor directly assigned to any one particular
prehistoric group due to their lack of detection. The rocks in which BRMs were ground on do not leave any signal that an archaeologist’s tool, such as a radiometric clock, can identify. However, it is believed that prehistoric Californians, dating back 7,000-8,000 years ago, made grinding tools such as the pestle or mano that could have ground out BRMs. Therefore it’s difficult to decipher which primitive group could have caused these markings. In addition, BRMs do not harbor any biological residue that can be radiometrically dated, and simply because they are located inside of a site does not mean that the BRM was used when the area was last occupied. 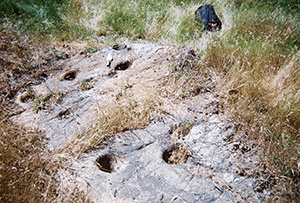 It has been said that BRMs may have begun as shallow natural dimples in rocks that deepened through repeated pounding and grinding with a pestle or pounder. In fact, I have seen two BRMs that still had prehistoric grinding stones left inside of them. Accordingly, there are many different hypotheses regarding what type of contents could have been ground in these archaic stones, such as: seeds, pulped animal flesh, fruit juice, nuts or bones.

In North America, these types of features are found in California, the Nevadan Sierras, Texas, Kentucky, the Cumberland Plateau of Tennessee, and the Sierras of Mexico (Sierra Tarahumara). A common interpretation of their use in North America is that they helped to grind acorns. Oak-rich forests that bear large and reliable quantities of acorns can be used as a highly nutritious food, but certain species of acorns are too bitter to eat and must be processed first.  Acorn nut meats contain tannin, and grinding the nuts to flour and leaching the powder with water dissolves the tannin and makes the remaining pulp edible. All of these locations have exposed hard bedrock and nearby nut trees bearing highly tannic acorns. Yet other parts of the world also bear sites with BRMs (Argentina, various parts of Africa, Israel), and in some of these places hard-shelled nut trees are uncommon. Other explanations for the use of ground bedrock holes are given by archaeologists in these areas (directional markers, burial belief systems and postholes). In some locations, the dating of these features are possible because the caves in which they were located were filled with soil and debris.

Despite the fact that millions of BRMs exist in California, there has been little interpretative work done to discover their uses or time period. It seems that a spatial analysis of BRMs relative to known village sites, water sources or the layout of nut-bearing trees that can be tree-ring dated, would lend some insights into the mystery of BRMs.

The FCS staff is open to any and all explanations for these and other intriguing prehistoric cultural phenomena. With our extensive knowledge of land development, the natural environment and regulatory processes, you will get the evaluations, advice and mediations needed to meet even the most complicated requirements in managing your natural resources. For more information, contact us. 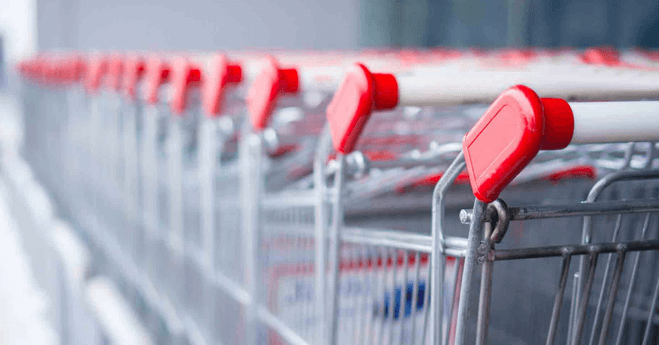 How the Retail Industry is Adapting to the Sustainability Agenda

What is a sustainable supply chain?