Nature crosses political borders and waits for no one. So it was wonderful to see world leaders gathered together in Paris at the COP21 event to seriously address climate change—finally! Time is running out; the Earth’s climate is already changing all over the planet. It is an urgent matter for our own survival. 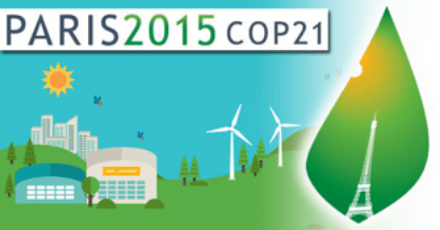 Nature crosses political borders and waits for no one. So it was wonderful to see world leaders gathered together in Paris at the COP21 event to seriously address climate change—finally!

Time is running out; the Earth’s climate is already changing all over the planet. It is an urgent matter for our own survival.

Up until the 2009 Copenhagen United Nations Climate Change Conference, the negotiations between nations tended to be about money and power, so nothing changed. The cost of doing nothing affected a few, and they were far between. As such, there had not been any leadership on the climate change issue—until now.

So, what has happened between 2009 and 2015? First, severe climatic events around the world have shown that you can’t separate the economy from the environment. Leaders are understanding Nicholas Stern’s firm message to the world in 2006 that the cost of doing nothing about climate change is far greater than the cost of taking action to protect the environment. Interestingly, the first businesses to understand this were insurance companies.

Since then, every country has been affected by the huge cost of dealing with the aftermath of environmental disasters in the form of earthquakes, tsunamis, flooding, ice storms, hurricanes, tornadoes, droughts, melting ice fields, etc. Dealing with these climate change events has put a dent in many economies. Humans are finally feeling the

effects of disrupting the Earth’s patterns. The separation of the economy from the environment is no longer possible.

Second, there has been a greater awareness of the social costs of neglecting environmental sustainability. Since 2009, several governments have been toppled because their citizens did not have food and water. There is social instability in many parts of the world, including mass migrations from populous countries. This is all very expensive for governments to deal with. People are living longer, but health costs have gone up astronomically because people are also sicker, dealing with injuries, disease, pain and disabilities.

Third, governments have realized that if they are to remain relevant, they have to take sustainability action now. Right now, there are 7.4 billion people on the planet. No part of the planet is unaffected by humans. The cumulative effects of billions of small actions that harm the planet are taking their toll, and governments know they have to take the lead in mitigating the damage.

What do I hope will be accomplished from COP21?

I think these are achievable and inexpensive sustainability goals that will transform our relationship with the planet!

The implementation of most of these actions will be at the city level where most populations are located. Cities also have the structures in place to communicate, educate and implement these goals while working with the different levels of government. Infrastructures need to be climate-resilient and decentralized. Cities are also the first responders to environmental crises and should have a voice.

I am hopeful that we, as a world community, are now dealing with climate change. Our culture is changing to one of sustainability.