What is the Downside to Cap and Trade?

Since Ontario started its cap and trade program on January 1, 2017, it has generated CAD$2.4 billion dollars in revenue for the province in 5 auctions - money allocated for carbon reducing projects. But, what about the downside? From what I can see, there is very little, but it still needs to be addressed. 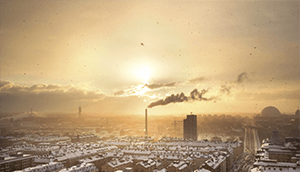 Since Ontario started its cap and trade program on January 1, 2017, it has generated CAD$2.4 billion dollars in revenue for the province in 5 auctions - money allocated for carbon reducing projects. But, what about the downside? From what I can see, there is very little, but it still needs to be addressed.

The cap and trade (C&T) program has four players: government, businesses, consumers, and the carbon market. All of them have benefits, and downsides from C&T.

Of course the Ontario government is elated with the $2.4 billion dollars collected to date without raising taxes. It now has the money to pay for energy reducing initiatives for older buildings such as the $1.2 billion for housing and businesses, $200 million for public schools, and $64 million for hospitals. There is also $92 million for developing urban cycling infrastructure. The government also acknowledges that by shutting down its coal-fired energy generation in 2014, it has saved approximately $4.4 billion annually in health, environmental, and financial costs. An immediate and significant benefit from transitioning to the low carbon economy that frees up money they would have otherwise continued to spend.

The downside to C&T was getting the government to implement it – mainly political. Although Ontario was one of the founding members of the Western Climate Initiative (WCI) in 2008, and had verified greenhouse gas emissions (GHG) reports available since 2010, it took 10 years for C&T to be implemented due to the political and economic uncertainties, but mostly there was no appetite for something new. To its credit, when it was implemented, there were no loud complaints from consumers or businesses. Only from the other political parties.

With the upcoming provincial election, the most popular party is the most misinformed about C&T. The challenge for the government is to inform the public about the economic, social, and environmental benefits from transitioning to a low carbon economy. In fact, the government will likely promise reduced taxes in the near future as a result of C&T.

Capped businesses have known about C&T since 2008 when Ontario joined the WCI. Over the years, their concerns were mostly addressed by the government to get them on board so that they, especially the multi-nationals, would not leave the province en masse. They might have indefinitely delayed the implementation of C&T, but the government’s dire financial status without a bright turnaround future forced its hand.

The free emissions allowances, or carbon credits generously help capped businesses to modernize their equipment, improve their competitiveness, reduce their operating costs, and may even provide a windfall.

They, as well as small businesses can take advantage of rebates to replace old equipment from electricity and natural gas distributors to ease the transition to the low carbon economy.

The downside for businesses is not realizing how quickly the shift to the low carbon economy is occurring here, and worldwide, and may delay guiding their companies through the transition. The World Bank states that at the end of 2017, most countries in the world have, or are implementing a C&T program, or carbon tax with the exception of the United States (except for California, Washington, Oregon, Virginia, and Massachusetts, and the RGGI), Africa (except for South Africa), Russia, the Middle East, and India. The balance has suddenly shifted to a low carbon economy worldwide as the economic advantages are becoming clearer to business leaders.

Consumers benefit from C&T because the government will have the funds for improved public transit, more bicycle infrastructure, and better living conditions. Climate resilience initiatives funded by C&T will result in fewer floods, droughts, and wildfires that affect their homes. New technologies that reduce GHG emissions and use less energy will be available through government funded programs and legislated improvements to the building code without increasing monthly energy costs. These climate resilience initiatives are expensive to implement, but now there is the money to do it.

The downside for consumers is understanding that C&T is not a tax, no matter what the politicians call it. It is a carbon user fee. Consumers riding a bicycle instead of a car won’t be paying the C&T charge. Riding public transit will have an insignificant C&T charge per consumer. Without a price signal, people’s behavior wouldn’t change. There is a cost to destroying the environment, which is now being factored in with C&T.

To be effective, C&T depends on a carbon market that has a monetary value to GHG emissions so that they can be bought or sold. The WCI has put in measures to maintain the integrity of the carbon market, and also addresses the problems that plagued the European Union’s carbon market (EU-Emissions Trading Scheme). As the world shifts toward a low carbon economy, the price of emissions allowances will increase, which will be a bonus for those who have a surplus of emissions allowances, and an unfunded liability for those who need to buy them.

The downside to having a C&T market is that the current price of carbon is too low to effectively reduce GHG emissions for the health of the planet. I’ve heard that the price of carbon should be upwards of US$200 per metric ton of GHG, if there is any hope of making a dent, which is a far cry from the current reserve price of $14.53 (CAD$14.68). There is also another downside, and that is the price will not go up enough for companies to act early because they think the price will remain low for the duration of the compliance period. However, even a small price should make a difference after seeing how a $0.05 charge on the purchase of a plastic bag immediately and effectively reduced the number of bags taken by consumers at the point of purchase by more than 50%. The reality is that $0.05 buys nothing except change.

Although C&T is not perfect, it is a strong structure to add other measures if needed to reduce carbon dependence because it addresses all of the major carbon emissions sources without raising taxes. In fact, it is very possible that within the next 4-10 years, countries worldwide with a low carbon economy will only trade freely with each other, and impose an import tax on goods made in countries with the old carbon economies.