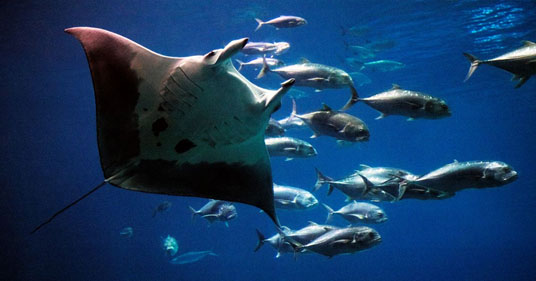 Through the years, the UN has used this day to highlight how climate interacts with political, social, and economic factors.

The first World Environment Day’s slogan was “Only One Earth” and has set a trend to generate vital early momentum on critical environmental issues. For example, in 1977, ten years before the monumental Montreal Protocol, the UN used this day to highlight concerns about the ozone layer, which was being heavily impacted by the use of HFCs (hydrofluorocarbons).

Through the years, the UN has used this day to highlight how climate interacts with political, social, and economic factors. A few examples are:

The goal of World Environment Day is to educate people from around the world on various environmental topics relating to climate change, like marine pollution, global warming, sustainable consumption, and wildlife crime. The UN also uses this day to engage with people across the globe on how they can help to mitigate the effects of climate change.

One of the standout aspects of this day is the engagement of the global youth through things like the Youth Environment Assembly. The emphasis on engaging with global youth on environmental topics is tremendously important because they will be the ones working and pushing global practices and regulations towards an even more sustainable world in the future.

What is the World Environment Day focus in 2020?

This year’s theme is Time for Nature, which calls for urgent action to protect biodiversity.

Simply, biodiversity is the variety of life on earth. This includes more than 8 million species, ranging from mammals and fish to bacteria and fungi, among others. There is a background extinction rate that is considered ‘normal,’ where species will go extinct due to natural factors. However, the current rate of global biodiversity loss is estimated to be 100 to 1,000 times higher than the background extinction rate. Some of the major factors that lead to this increased rate of extinction are habitat loss, pollution, human conflict, and climate change impacts.

The host of this years’ World Environment Day is Columbia. Each World Environment Day, a country that represents the theme of the year is chosen to be the host. Columbia was chosen due to its rich cultural diversity as well as its biodiversity. Columbia has a unique geography, as the only country with direct access to the Pacific Ocean and the Caribbean Sea. It also is crossed by the Andes Mountains, the world’s longest mountain range, and is a part of Amazonia (one of, if not the most, biodiverse place on earth).

Columbia has over 300 unique ecosystems and is home to over 51,000 species. Socially, this country is a mix of cultures that are influenced by indigenous people, and European and African settlers.  All of this was considered when selecting Columbia as the host country because it helps to prove a simple point: diversity makes a country stronger. Columbia is one of the strongest economies in Latin America, a result of the wealth of social and natural diversity everywhere within the country.

Why is biodiversity important in mitigating climate change?

Climate change impacts global climate variability and increases sea levels and ocean acidification, among other factors. These impacts subsequently affect the species that live in areas that have been transformed by climate change. Most species cannot withstand severe weather and climate variations and are more likely to die off.

How does decreased biodiversity affect us?

One question that is often asked is: how would a lack of biodiversity impact me?

There is an intrinsic web that exists, linking biodiversity to the food we eat and most aspects of how we live our lives. Greater biodiversity means an ecosystem is better equipped to perform important functions such as holding soils together, maintaining soil fertility, delivering clean water to watersheds, pollinating plants, and creating a buffer against pests and disease (among countless other aspects). If we were to lose a substantial amount of biodiversity, we could risk reliable access to clean water or the ability to produce as much food for global consumption.

Without action, biodiversity will continue to decline.

Take North American agriculture, for example. Like so many other crops, California’s $5.6 billion almond industry is highly reliant on bees as pollinators—but not every bee is the same. And while many farmers ship in pollinators to help with crop pollination, research has found that more than 4,000 wild bee species across North America alone contribute heavily to regional pollination. In fact, wild pollinators provide about half of the world’s crop pollination services.

While sometimes it might seem that our lives as humans are disconnected from those of mushrooms in the forest or camels in the desert, they are constantly connected. Without them, we cannot continue living a lifestyle that relies so heavily on services provided by biodiversity. Without action, biodiversity will continue to decline. We must promote the need for biodiversity and take action to ensure that we, as well as generations down the line, have access to the trove of global diversity that makes our communities, and our world, truly unique. What can we do to support biodiversity?

At a local level, there are things we can do within our communities and regions to promote biodiversity, including:

We need to start acting to protect the biodiversity we have before we lose more species and reach a tipping point in our fight against climate change. The best way for people to start is by sharing information with others and living and promoting a more sustainable life.

ADEC ESG Solutions is a leading provider of ESG solutions, with expertise in delivering fully-integrated consulting, software, and data management services. Connect with us on Facebook, Twitter, and  LinkedIn  for the latest in sustainability around the world.