It was in 2000 when I saw cockroaches scurrying around the left-over campfire in Ontario’s Killarney provincial park that I started observing the effects of climate change. I had gone backpacking with my son and sister, and until then, I thought one of the benefits of the cold Canadian winter was that it killed off exotic insects. But that anomaly pales with what I saw this summer north of the Arctic Circle where a warming climate is resulting in a rapid loss of land from several causes simultaneously -- namely heat, heavy rains, and shoreline erosion. 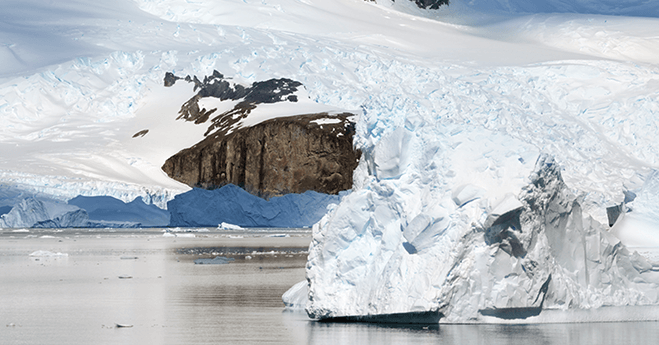 It was in 2000 when I saw cockroaches scurrying around the left-over campfire in Ontario’s Killarney provincial park that I started observing the effects of climate change. I had gone backpacking with my son and sister, and until then, I thought one of the benefits of the cold Canadian winter was that it killed off exotic insects. But that anomaly pales with what I saw this summer north of the Arctic Circle where a warming climate is resulting in a rapid loss of land from several causes simultaneously -- namely heat, heavy rains, and shoreline erosion.

What also is clear is that the change will only get worse exponentially. It means that all of us, humans and other living beings, everywhere on the planet are in real trouble.

We went in August so that we could drive the world famous Dempster Highway outside of Dawson City to Inuvik before its extension to Tuktoyaktuk on the Beaufort Sea in the Arctic Ocean. Once built, roads irrevocably change the landscape. The extension opened on November 15, 2017.

We started from Whitehorse, Yukon, which would give us a good idea of the health of the landscape to Inuvik, in the Northwest Territories (NWT), and back. The plan was to get to Tuktoyaktuk by boat from Inuvik, and return by small plane, weather permitting.

Here are the detrimental signs we saw of the rapidly changing landscape on the land, water, air, and people caused by the impact of climate change in the Arctic Circle.

It was as warm in Dawson City as Toronto

In the land of the midnight sun, we had beautiful clear blue skies and hot dry weather the whole trip except for one day of heavy rainfall in Inuvik. It was definitely hotter in Dawson City than it was 5 years ago. At around 28°C (82°F), it was the same weather as Toronto. Great weather for the wrong place. This impacted the black spruce trees of the boreal forest as they were tinder dry. Most of them looked sick, or dead.

We saw no snowcaps, or year-round snow.

There were major wildfires in the Yukon, and the NWT that didn’t make the news, or got assistance from other provinces in putting them out because of the low number of people affected. The magnitude of the damage was enormous. The NWT reported the 2017 wildfire season burnt a total of 1,030,254 ha, or 2,545,813 acres!

It’s true that fires renew the forest, but when they are combined with continued dry hot conditions, then the fires spread quickly over vast areas. The 2017 fires burnt 4,000 square miles (6,400 sq. km), which normally would be a challenge for the boreal forest to recover from, but combined with other insults that are happening concurrently, it is too much. The result is a new phenomenon that the locals are calling “slumping”, which is killing the land and the forest from which there is no foreseeable recovery.

Most of the land in the Arctic Circle isn’t land at all, but frozen hard loose sediment packed in solid ice. It is thousands of years old, and hundreds of feet deep. Due to the traditionally harsh, cold environment in the Arctic Circle, the permafrost is covered with a delicately packed springy green blanket of miniaturized plant life that supports the boreal forest, animals, and people. It lies on top of the ice without penetrating roots. In recent years, the increasingly hot summers are drying out the thick green permafrost blanket, which means its insulating capabilities are reduced, and the permafrost underneath melts.

Holes start to appear on the surface that grow larger and often fill with water, which further expands them. But, now that the permafrost is melting on a large scale, it is causing slumping – the collapse of the boreal forest.

We saw big exposed areas of land along the Dempster in the NWT that looked like open pit mines, but there were no roads to the sites, or equipment. One, in particular, was exceptionally large when we stopped to look at the remains of a large wildfire we had crossed a few days earlier. It looked more like water erosion, but it was in the middle of the burnt forest with no river nearby.

A few weeks earlier in Inuvik, there had been a team of Dutch scientists from the Free University of Amsterdam. Their documentary, “Giant craters in Canada’s melting permafrost impacting climate change” was aired on CBC several weeks later. The scientists had gone to that same large exposed area near Fort McPherson. Although they described slumping as a crater, it is not; nor is it a sinkhole. Slumping is the permafrost melting from ice to water, and then collapsing --taking the trees and vegetation with it. All that is left is a kind of wasteland –a thick mud that animals and people get stuck in. The melting permafrost releases methane gas, not CO2, which is 80 times more potent. Most worrisome is the loss of the boreal forest, which is a major carbon sink for the planet – just as important as the Amazon forest.

And, the slumping phenomenon is happening all over the north.

When I asked what warning could he give to the rest of us about climate change, he said this: that the maximum temperature increase of 2 degrees that should not be exceeded as set by the Paris Accord has already been exceeded in the Arctic Circle, and is well on its way to reaching 4 degrees. In other words, it is already too late.

The Arctic Circle has moved

On the Dempster Highway, there is a big structure marking the Arctic Circle. On the assumption the installers would have erected the structure on the exact location of the Arctic Circle; it is no longer the case. According to our own GPS, the Arctic Circle was 300m south of the installation! The Earth is shifting on its axis, and it is possible the loss of Arctic and Antarctic ice cover that is being released as water into the oceans is causing a weight redistribution for the planet.

When it rained in Inuvik, it rained hard, and all day. It is the type of rain that washes away roads, and compromises the permafrost ground that supports the buildings. Most of the buildings in Inuvik are new because the previous ones were unstable at a cost of millions of dollars – one of the costs of climate change.

In Tuktoyaktuk, the effects of climate change are far more dramatic. There, they’re losing 100 feet of shoreline every year. Buildings are falling into the ocean, or have to be moved, or rebuilt. Nearby, there are near-abandoned industrial sites with stored toxic materials that should be cleaned up, but the job is too expensive for the companies, so nothing is being done. It is a matter of time that there will be widespread contamination when the buildings get washed away.

Tuktoyaktuk is also having severe storms, which they didn’t have before. The previous tour group there could not be brought back to Inuvik as scheduled because the plane couldn’t fly in for a couple of days due to the dangerous flying conditions.

On the small plane back to Inuvik, we saw the widespread coastline erosion and collapse that are clearly visible from the air, and they’re wide sections, too. This is similar to what is happening to les Iles de la Madeleine in the Gulf of the St. Lawrence River where they no longer have the protection of the winter sea ice. In Tuktoyaktuk, they also have the hollowing out of the land that is filling with water, which is causing further deterioration. Even their unique pingos are collapsing.

What about the animals?

In the forest, the migrating herds are affected by the slumping in terms of food and danger. Definitely, there are fewer animals. We saw a handful of ducks at a time when they should be congregating to get ready for their migration south.

The Mackenzie River should have been blue, but it was a cloudy brown colour. This is not completely surprising since it is fed by the Columbia Icefield in Alberta – the Continental Divide which is also melting rapidly. When we were there in 2014, we had to walk about 1 km from the road where it used to be to see a small section left near the ridge of the mountains, leaving behind the ancient gravel. That, plus other types of erosions are clouding the river.

The belugas traditionally calve in the delta but are forced to go deeper into the Mackenzie River’s cloudy waters because it is preferable to the newly invasive predatory orcas that now roam the Beaufort Sea, and they won’t enter these waters.

Orcas and other newcomers are confounding the locals. I spoke to one local whose friend caught a fish that had a face like a pig. It had never been seen before by her, or the fish and wildlife authority. What about the others that are there, but haven’t been caught? The locals are concerned.

Without a doubt, it is, and much farther along than what I thought. I now love the cold, and the snow much more than I did before because it is so vitally important. I also got a huge appreciation of the enormous contribution that trees give to the planet. Many ancient cultures recognize the riches of the Tree of Life, and they were right.

We must protect, and replenish our forests, and plant trees in cities close to humans so that they can recover because if they do, then all other life forms will as well. For governments, it is also a cheap, effective, and immediate solution.

It is a scary time given there are 8 billion people on the planet with diminishing resources and land. It would be easy to say, “What’s the point of trying?” This is a valid question because the chance of failure to address climate change is so great, but there is no planet “B”. What it takes to start turning things around is leadership with love, compassion, and generosity from every one of us. Otherwise, we are all doomed sooner than the scientists predicted.